We noticed you're using an older version of Internet Explorer.
For optimal performance, it is recommended to use Google Chrome or Microsoft Edge. 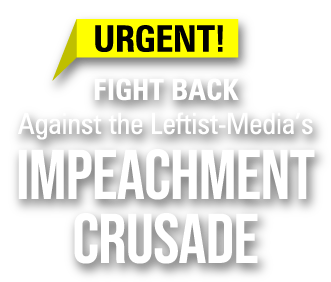 Fight Back Against the Leftist-Media's Impeachment Crusade

The leftist media are desperately trying to impeach President Trump. With your help, we can stop them in their tracks.

That’s no exaggeration. The liberal media have taken control of the Left and they are dragging our country towards impeachment — evidence not required.

CNN’s Chris Cuomo admitted on air, “This isn't about the law, this is about finding something worthy of impeachment…”

Just like us, you believe that liberty is what makes America great and the radical left, led by the media, are out to radically change our country. They are pushing us towards a totalitarian state — through a potential coup — and we know you want to stop them. At this point, our democracy and basic freedoms are at stake. There’s no turning back.

This is URGENT. The liberal media are obsessed with taking down President Trump and we need your help to stop their impeachment agenda by exposing the media’s outrageous lies day after day to the American public.

Media Research Center is comprised of hundreds of thousands of grassroots supporters like you who take action and donate — honing in with laser-like focus on the leftist-media, pulling all of our resources together to double down against ‘the swamp.’

In fact, watch our month by month archival footage of the leftist-media plotting the President's 'impeachment plan' since November 2016:

Please take a moment to donate $100, $50, or even $25 to help fuel the fight to stop the leftist extremists in the media from forcing our country over the edge and pushing their agenda on all of us.

If MRC has the resources, we can reach more Americans with the truth, we can stop the media's relentless impeachment agenda and save America from a path of upheaval led by the leftist-media. Please join us in this fight! 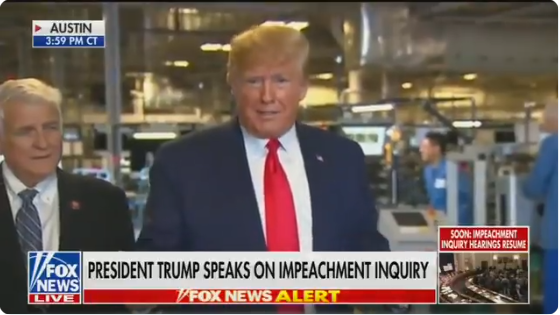 Watch @realDonaldTrump on the #impeachmenthearings and the fake, phony press.